Great Britain is an island nation in Western EuropeSHOPPING Shops are open from 9.00 to 17.30. All products sold in stores are subject to value added tax of 17.5%. Porcelain, glass, books, “a la Sherlock Holmes” tubes, bags,…

Germany – a state in Central Europe 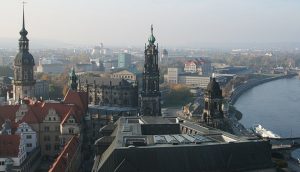 SHOPPING
Twice a year, many stores in Germany arrange sales: things of the outgoing season are offered at discounted prices. The timing of the winter sale: the end of January – early February, summer: the end of July – early August.
You can buy items in Germany in such major stores as Karstadt, Galeria Kaufhof, H & M, C & A, WOOLWORTH and others. As a rule, each of them is 3-4 floors, where you can find clothes for all seasons, life situations and all family members. The quality of clothes is undoubtedly high. Prices are different. Here, as in the case of products, each store has its own price niche.
When shopping in Germany, you should pay attention not only to large shopping centers, but also to small shops, often their owners are the Turks. The clothes here are quite different in style and “manner of performance.” You can find very nice and individual things.
In Berlin, is the largest in Europe supermarket KaDeWe (Kaufhaus des Westens – “Department Store of the West”). This is neither more nor less than 43,000 square meters. retail space, seven floors, more than a quarter of a million items of goods. On the sixth floor of KaDeWe there is a unique delicatessen department, which sells about 500 varieties of bread and almost 1,800 kinds of cheeses.
In addition, in the capital of Germany, many small designer shops are open, where you can buy a really exclusive item for quite reasonable money and be sure that it will be at least difficult to find the second one.
You can buy souvenirs in the shops, which are located at the stations, but we must remember that at the same time they will cost you a little more. All souvenirs can also be found along the main tourist routes.
Food can be bought at the store, on the market and very, very rarely at the kiosk (there are almost no ones here). Markets they work on schedule and not all days of the week. Shopping at the market squares is doubly pleasant: the choice is great, and you will communicate with people, and the prices will please you.
Most grocery stores are organized on the principle of “self-service”. In general, before starting shopping it is important to know that in Germany each chain of stores has its own price category of goods. Products that are in stores “cheaper”, almost impossible to find in stores “more expensive” and vice versa.
Most readers are familiar with the concept of Tax Free. If you are in Germany on a guest visa, then you are required to return from 10 to 12 percent of the value of the goods you have purchased (this is a value-added tax minus the commission). For this to be possible, you need to shop at stores where there is a Tax Free sign, and also keep receipts (all but those relating to food). You can receive the entire amount when passing through customs control at the cash desks at the airport, or you can transfer these funds to a credit card. A very important point: all the things that you will bring to the check point of Tax Free should be unopened, price tags and labels should not be torn off, let alone to use them.
WHERE TO STAY
German hotels, as a rule, fully correspond to their “star”. For sightseeing tours are usually used city hotels level 3-4 “stars”: standard rooms and good food. Even 2 * hotels will be pleasantly impressed with accuracy, cleanliness and service. Breakfast is everywhere – buffet.
There are few 5 * hotels in Germany’s ski resorts, mostly 3-4 *. There are almost no hotels near the ski lifts (you need to use the “ski bass”). Many establishments are family-run (the owners themselves stand behind the reception desk, everything is cozy and cozy).
SEA AND BEACHES
In Germany, spacious and clean sandy beaches, cool sun. You can always find a beach where you are officially allowed to stay with the dog.
For lovers of sunbathing without a swimsuit, there are special beaches for nudists, although often the beaches of sunbathers with a minimum of clothing are located close to recreation areas, rather than hiding shyly away from their places of residence.
Healing and preventive beaches in Germany are famous for excellent wellness programs developed separately for each patient. And these beaches are located in unusually picturesque, environmentally tidy places.
STORY
The first mention of the Germans and the Celts appeared in the writings of the ancient Greeks and Romans. One of the first references to the Germans refers to 98 g.
After the collapse of the Roman Empire in Western Europe, the Frankish state was formed, which after three centuries, under Charlemagne, turned into an empire (800). The empire of Charles covered the territory of a number of modern states, in particular Germany. However, the empire of Charlemagne did not last long – the grandchildren of this emperor divided it among themselves, as a result of which three kingdoms were formed – West Frankish (later France), East Frankish (later Germany) and Middle Kingdom.