Poland - a state in Central EuropeSHOPPING From Poland traditionally brought delicious alcohol "Zubrovka" and cherry liqueur "Babuni". And in Krakow there are a lot of small antique shops with, in general, an unnecessary, but very…

Portugal – the most western state in continental Europe 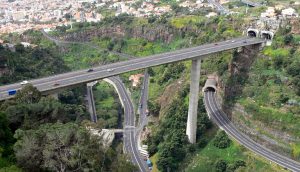 SHOPPING
Shops are open on weekdays from 9.00 to 19.00, a break – from 13.00 to 15.00. On Saturdays, the shops close at 13.00 (in December – at 19.00). Some shopping centers in resort areas are open from 10.00 to 24.00.
In Portugal, you can buy high-quality and fashionable shoes and clothes, gold products, ceramics, original white or red port (from 3-6 USD for a bottle of regular port to 10-30 USD for a bottle of port wine of ten to twenty years, then the price increases depending from excerpt), the world famous Portuguese wine madeira (prices range from 16 EUR for a ten-year Madera, to 500 EUR for a two-hundred year old).
Traditional Portuguese souvenir – “azulezhush” decorating the walls of tiles, known since the days of Arab rule. Also interesting are the embroidery and handmade lace, leather and wickerwork, and, of course, various ceramics (made in the cabbage leaf style typical of Portugal). Plus, of course, the most delicious and healthy (if in moderation, of course) souvenirs are the famous Portuguese port and Madeira.
You will not find markets with bargain prices where you can bargain, like in Turkey or in Asia. But you are protected from low-quality goods, because stores give you a guarantee and all the necessary documents for the goods.
In Portugal, sales can be conducted from January 7 to February 28 (winter sale) and from August 7 to September 30 (summer sale).
VAT and tax-free
Citizens of non-EU countries are entitled to demand a return of 14-20% (depending on the region) value added tax, subject to a one-time purchase of an amount equal to or greater than € 60.00, including VAT. Learn about all the conditions before making a purchase.
Most stores give a Tax Free check, for which you can get back VAT on purchased goods. To do this, you need to have a passport with you when you buy. Your purchase in one store in one day should be about 60 euros (this amount may vary slightly). Ask for a Tax Free check, paying your goods at the box office. After receiving such a check, you need to fill it in your spare time before departure, and provide all the necessary data. When departing from Portugal to passport control, you need to present the goods purchased at the customs office and a completed check (look for the TAX FRUE), get a customs stamp on the check. This can be done before and after you check in your luggage. The main thing that the goods were not printed.
Top Last Modified: 10/02/2017
WHERE TO STAY
In Portugal, even 2 * are very decent. The best hotels are ancient hotels (pousadas), corresponding to the level of four or five stars.
Mostly 4-5 * high level hotels prevail. 99% of them offer breakfast, half board is very rare, there is no all inclusive system. This is most likely due to the fact that the country has a very extensive, tasty and varied cuisine: tourists prefer to try more different things in different places, rather than eat at the hotel from the buffet.
SEA AND BEACHES
In Portugal, all the beaches are municipal. For a sunbed and umbrella you will have to pay 8-10 euros per day.
On the Lisbon Riviera and in the Algarve – fine white sand, on Madeira beaches are pebbly or artificial.
Flags on the beach warn about the state of the ocean: red – the sea is stormy and swimming is strictly prohibited, yellow – you need to be very careful, green – swimming is safe.
STORY
As is well known, for many centuries, having survived the conquest of Lusitania, the defeat of the Carthaginians by the Romans, the establishment and decline of the Roman civilization, the invasion of the Alans, the Suev and other barbarian peoples, the establishment of the Visigoth government, and then their expulsion by the Arab and Berber tribes of Africa, Portugal remained an integral part of Spain without signs of national identity.
The Iberian Peninsula was one, and its common history is connected with Spain. Indeed, some writers tried to connect their nation with the ancient Luzitanians, and declare its continuous existence in time, starting from the 2nd c. BC. The resistance of Lusitania against the Romans was seen as an early manifestation of the Portuguese love of freedom, and Viriath as a national hero. But such a theory, which arose in the 15th century and was reflected in the name “Lusiad”, unfortunately, has no historical basis.
In 1095 Portugal was an unknown frontier frontier estate of the kingdom of Leon. Its territory, far from the centers of European civilization, and consisting mainly of mountains, forests and marshes, was limited in the north of Mino, and in the south of Mondego.
Its inhabitants were surrounded by Moorish and Spanish enemies, ravaged by civil wars, endowed with only fragments of civilization obtained from Arab or Leon sources.
And out of this modest obscurity, Portugal grows over four centuries into the greatest maritime, trading and colonial power in Europe.
1095-1279 – the foundation of the kingdom of Portugal and its expansion to the current continental borders.

Arab Republic of Egypt, or just EgyptABOUT EGYPT HOTELS In Egypt, there are hotels of many famous world chains, such as Hilton, Oberoi, Melia. True, the presence of the stars of their roofs does not guarantee…