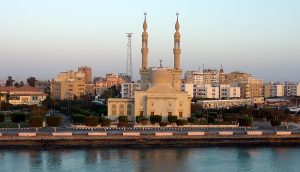 ABOUT EGYPT HOTELS
In Egypt, there are hotels of many famous world chains, such as Hilton, Oberoi, Melia. True, the presence of the stars of their roofs does not guarantee the quality service of the declared level, as in the whole civilized world. Almost any hotel in the resort area of ​​the Red Sea can safely take away one star, since they still do not reach their category.
You should also understand that the All inclusive food system in different Egyptian hotels can differ very, very radically, so it’s better to clarify the details by purchasing the tour.
Hotels below 3 * in Egypt should not even be considered. There are decent treshki, but they are few and need to be known “by face”: it is better to discard unverified options for three-star hotels right away.
In Hurghada, hotels are “simpler”, there are noticeably more than 3 * hotels and they are often located on 1 lines of beaches, whereas in Sharm of similar level, hotels mostly stand on the second and third lines, at a distance from the sea from 400 to 700 meters. It is believed that there are more decent hotels in Sharm, that they are newer there and a bit more expensive.
The resorts of Makadi Bay and El Gouna are small towns with a small number of hotels.
A relatively new Soma Bay, El Quseir and Marsa Alam – the last 5-7 years are being actively built up. The level of service in local hotels is also very different, but still it is slightly higher than in Hurghada.
On the Mediterranean Sea in Alexandria, hotels are mostly urban, and in its suburbs there are typical “beach” resort complexes with a large territory and the corresponding infrastructure. Animation in the Mediterranean hotels of Egypt can be rarely found, and if it is, it is not in Russian for sure.
EGYPT RESORT BEACHES
In Hurghada, mostly open sea and flat beaches, small and clean sand can not be found at all hotels. Often, the beaches of hotels are artificially deep lagoons, the water in which can be a bit unclear.
Some hotels in Hurghada have their own “home coral reefs”, where you can see the underwater world in all its glory and fish. There are not many hotels in which corals start directly from the coast in Hurghada (Melia Pharaoh, Golden 5 and Oberoi and some others).
In Sharm el-Sheikh, almost along the entire coast, coral reefs begin right from the coast and stretch on average from 15 to 50 meters. Each hotel usually has its own pontoon, which you can walk to the depths where you can swim. This is very convenient for those who like to snorkel with a mask, as well as for those who want to watch the flocks of fish right at their feet, and not so for those who like to swim from the shore and the kids.
In the area of ​​Naama Bay there are areas specially cleared of corals (they are usually fenced with buoys), where you can swim directly from the shore.
And the only natural beach in Sharm without corals is located in the bay of Sharm El Maya. Here are the hotels Iberotel Palace and Seti Sharm. The best beach for families with children.
Almost all the beaches on the Mediterranean coast in the urban area of ​​Alexandria are sandy and public. There are few hotels that have their own beaches with umbrellas and sun beds. But at all the resort complexes located in the suburb of Alexandria have their own equipped sandy beaches.
Before traveling (this applies to any country at all) make a photocopy of your documents – passports, rights, air tickets, voucher and insurance. We advise you to keep all these copies separately from the originals.
Upon arrival in Egypt, it is better to get small bills, because with the delivery of the local seller is usually a problem, and it will be more convenient to leave tips.
Also, we do not advise taking out of Egypt “in memory” of the pieces of historical monuments, as well as corals and shells from the sea. At the airport, when leaving the country, they will at least be confiscated, and at most you may face a prison term or a fine.
Shopping
Tourists usually buy only souvenirs in Egypt, since buying low-quality things there makes no sense. In resort areas, most shops and stores have no fixed prices, so you must bargain.
We advise you to be careful when buying a hookah, so as not to buy instead of the present, its souvenir copy. Also, be careful when buying papyrus, cheap fakes a lot. High-quality papyrus can be recognized by its “decent” appearance and by the neat technique of the drawing itself.
We advise to bypass the local Egyptian perfumes, as well as gold and silver. All this stuff here is not too high quality.
Health
Do not forget to take in Egypt sunscreen and glasses, and do not drink tap water. By the way, we do not recommend brushing her teeth either. Use only purchased bottled water.
Before the trip, we advise you to create a first-aid kit that, in case of light ailments, will save you time to search for a pharmacy and relieve you of the problems of pharmaceutical communication with the Egyptians.