The Federative Republic of Brazil is the largest South American country by area and population. 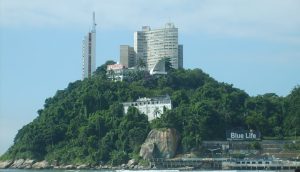 ABOUT BRAZILIAN HOTELS
Most Brazilian hotels have a category from 3 to 5 “stars”. In Rio, almost all hotels are high-rise, that is, urban type.
Arrival time in hotels in Brazil is usually set between 14:00 and 16:00 hours, and checkout time – no later than 12:00.
If your flight takes off in the evening, we advise you to arrange at the reception about the late departure time from the room. If for some reason this cannot be done, you can transfer the luggage to the hotel’s luggage room and spend the rest of the day on site using all of its services.
USEFUL INFORMATION
Tourists usually buy high-quality leather goods in Brazil: shoes, bags, belts, wallets, as well as local coffee, wooden crafts, multi-colored sand bottles from Fortaleza, hammocks from the state of Bahia and of course bikinis.
In restaurants and bars, tips are usually already included in the bill, so you can not leave. But if they are not included, it is customary to leave 10% of the total bill, in cheap eateries – 1-2 reales; in the beach cafe tips are not accepted.
Almost all major cities in Brazil have a very high crime rate. Therefore, we advise you not to carry very valuable things with you, as well as not to walk around the uncrowded streets after dark, not to go into the slums. Leave your documents, money and jewelry in the safe in the hotel.
Swimming on most Brazilian beaches has one not very unpleasant feature for swimmers: strong ocean currents run along the entire coast, often forming dangerous waves that create powerful surfs. And off the coast of Recife, there is also a high probability of meeting with sharks.
At the airport, upon arrival in Brazil, tourists need to fill out a tourist card and present a passport. This card is issued at the customs control, and it is not recommended to lose it, as it will be needed when departing from the country. The penalty for her loss is $ 80.
If during your trip to Brazil you plan to visit Amazonia, you need to prepare in advance – take along clothes that cover your wrists and ankles, as well as waterproof shoes, lightweight gloves and mosquito repellent. It is also recommended to be vaccinated against yellow fever.
Electrical voltage in cities and states of Brazil may vary. For example, in Rio and Sao Paulo almost everywhere 110 or 120 volts (except for a few expensive hotels, where there may be 220), in Salvador and Manaus – 127 or 220, in Brasilia and Recife – 220.
In some cases, at the entrance to Brazil, it is necessary to present a certificate of the presence of vaccination against yellow fever. Namely, if you are entering Brazil from one of the following countries (or have been there recently): Angola, Benin, Bolivia, Burkina Faso, Burundi, Venezuela, Gabon, Gambia, Guyana, Guinea-Bissau, Democratic Republic of Congo, Cameroon, Kenya , Colombia, Congo, Liberia, Mauritania, Mali, Niger, Nigeria, Panama, Peru, Rwanda, Sao Tome and Principe, Senegal, Somalia, Sudan, Suriname, Sierra Leone, Tanzania, Togo, Trinidad and Tobago, Uganda, French Guinea, Central African Republic, Chad, Ecuador, Equatorial Guinea and Ethiopia.
HISTORY OF BRAZIL
Before the arrival of the Portuguese colonialists, the territory of modern Brazil was inhabited by various Indian tribes. The first European whose foot set foot on Brazilian land was the well-known Portuguese navigator Pedro Alvarez Cabral (he discovered Brazil to Europeans on April 24, 1500).
In the middle of the 16th century, Brazil was declared a Portuguese colony.
In 1763, the capital of the colony became the city of Rio de Janeiro.
In 1807, the Portuguese royal family arrived in Brazil, who were fleeing Napoleon’s army, which then invaded Portugal.
1822 – the day of independence of Brazil.
In 1888 slavery was abolished in Brazil.