Poland - a state in Central EuropeSHOPPING From Poland traditionally brought delicious alcohol "Zubrovka" and cherry liqueur "Babuni". And in Krakow there are a lot of small antique shops with, in general, an unnecessary, but very…

Poland – a state in Central Europe 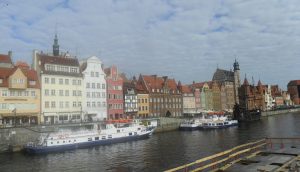 SHOPPING
From Poland traditionally brought delicious alcohol “Zubrovka” and cherry liqueur “Babuni”. And in Krakow there are a lot of small antique shops with, in general, an unnecessary, but very nice little thing perfectly suited to the definition of “souvenir”.
Shops are open from 9:00 to 17: 00-19: 00 on weekdays and from 9:00 to 14:00 on Saturdays. On Sundays and public holidays (and often at night), many supermarkets are open.
WHERE TO STAY
In Poland, there are hotels from one to five “stars”, their quality is fully consistent with international standards. The largest Polish hotel chain “Orbis AO” is included in Accor. In addition to the usual hotels, there are small hotels located in old houses, there are also fashionable establishments arranged in Gothic castles. There are a lot of such “castle-hotels” in Krakow, Poznan, Torun and Gdansk.
In the ski resorts of the country there are many boarding houses – private hotels and hotels from two to four “stars”.
SEA AND BEACHES
On the Baltic coast of Poland there are about 600 beaches, only a third of which are equipped. Many foreign tourists are attracted by the very crowdedness, natural virginity and purity of most of the sandy Polish beaches, dunes, forests and beautiful coastal cliffs.
STORY
966 year – the formation of an independent state.
April 14, 966 – the adoption of Christianity.
1025 – getting the status of the kingdom.
1569 – unification with the Grand Duchy of Lithuania into the confederal state of the Polish-Lithuanian Commonwealth of the Peoples (Republic of the Crown of the Polish and Grand Duchy of Lithuania).
1772-1795 – the division of the Commonwealth in three sections into three parts: Russian, Prussian and Austrian.
1807 – the formation of the Duchy of Warsaw, which was a French protectorate under the auspices of the Saxon king.
1815 – the entry of the greater part of the duchy into the Russian Empire as an autonomous Kingdom of Poland.
1918 – the formation of an independent republic.
September 1, 1939 – the invasion of the troops of the “Third Reich” on the territory of Poland.
1944-1989 – the formation of the Polish People’s Republic. In Poland, the communist regime is established.
Since 1989, the policy of perestroika pursued by Gorbachev weakened the influence of the USSR on Poland, which led to changes in the country. Market and democratic reforms began: price liberalization and privatization of state property.
In 1999, Poland joined the NATO bloc and supported the bombing of Yugoslavia (1999), the bloc’s intervention in Afghanistan (2001) and Iraq (2003).
In 2004, Poland joined the European Union.
April 10, 2010 – Polish President Lech Kaczynski was killed in a plane crash near Smolensk.
This is the largest in the history of the crash, which killed the first person in the state. 89 passengers and 7 crew members were killed, including Polish President Lech Kaczynski, his wife Maria Kaczynska, well-known Polish politicians, almost all of the highest military command, public and religious figures. President Kaczynski was heading to Russia on a private visit at the head of an official delegation to the mourning events on the occasion of the seventieth anniversary of the execution of Polish officers in the Katyn forest.
USEFUL INFORMATION
When entering the church, you should bow your head or kneel down and cross, so when entering the interior, you should carefully watch the front members to avoid them. The service can be observed either from the back rows or from the side aisles.
Shooting in churches is not prohibited, but you cannot use flashes or other devices that interfere with the conduct of the service — this is usually indicated by a special sign when entering the church — a crossed-out camera with a flash.
The only exceptions are mass celebrations (weddings, feast of the first communion, etc.), when all types of filming are officially allowed. In churches museums with a paid entrance for shooting it is necessary to pay separately. In museums, usually all types of filming are paid, for their conduct it is necessary to purchase special tickets for photo or video (somewhat more expensive).
Almost all tours are conducted in Polish (although you can pre-order service in Russian or English), so it is better to buy a guidebook or a special tourist map in advance.
Public toilets (open until 22.00) are paid, with the exception of WC in catering points, supermarkets and cinemas.
HOW TO GET TO POLAND
Aeroflot and LOT airlines fly from Moscow (Sheremetyevo-2) to Warsaw every day. From Petersburg – Russia and LOT.
If desired, Warsaw can be reached by train in about 20 hours.
Also, all Eurolines buses departing from Russia to Western Europe pass through Poland.