Cayman Islands – Overseas Territory of Great Britain in the Caribbean 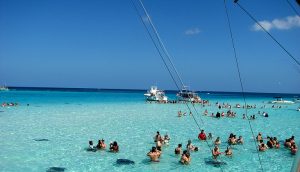