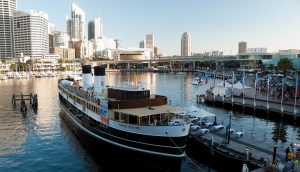 SHOPPING
Mode of operation of stores in different states is different. As a rule, large stores are open from 9:00 to 17:30 on weekdays and from 9:00 to 17:00 on Saturdays. One day a week (Thursday or Friday) they work until 21:00. Some outlets are open on Sundays from 10:00 to 16:00.
Australia’s “business card” is precious and semiprecious stones: opals, sapphires, pink diamonds (they are mined here), pearls. Plus, of course, the crafts of the aborigines: the inevitable boomerangs, little things of wood, earthenware.
SEA AND BEACHES
Australia – the richest “number of beaches per capita country. Only on the mainland there are about 11,000 beaches, and about 800 permanent beaches on large and small islands near the Green Continent.
In fairness, it should be noted that almost half of the beaches are out of reach from the depths of the mainland: you can only get there by sea. Another quarter of the beaches will have to look, overcoming sandy stretches on an SUV. But the remaining 25% are beaches with asphalted access and developed infrastructure.
If you look at the beaches of Sydney, the north: Dee Why, Narrabeen, Avalon, Newport, etc. – deserted and mainly for lovers of nature, peace and tranquility. Nature, large spaces, many surfers.
On Palm Beach – the most northern and remote – nature resembles a reserve.
Manly Beach – mainly for tourists from Europe. There are many cafes, restaurants, competitions in beach volleyball, surfing, etc.
The beaches, which are located in Sydney Bay (Balmoral, Edwards, Shark, etc.) are also very cozy, but there are no waves and a surfer public on them. These are beaches for family holidays where children can swim without fear of big waves.
South beaches: Cronulla Beach – huge expanses, deserted. Beaches inside Botany Bay – for windsurfing, but not for swimming. The wind, a huge bay. La Perouse Beach is a nudist beach. If someone decides to sunbathe on this beach in swimming trunks or a swimsuit, then they can, to put it mildly, misunderstand.
Central Sydney Beaches: Maroubra Beach – a little bit of everything – just not met. Coogee Beach is very cozy, with a huge beer pub a few meters away, but without waves. Bronte Beach is the most versatile. Everything is here: comfort and waves, a beautiful park for children, grass, barbecue facilities. Tamarama Beach is very small, but especially for those who prefer surfing to simple swimming. Often, simple bathers swim on this beach is prohibited. Only surfers!
Bondi Beach is a noisy and crowded beach, with large car parks, well advertised for tourists.
STORY
The first people appeared in Australia 42-48 thousand years ago. Australia was inhabited by Aboriginal tribes who did not know iron, agriculture and cattle breeding before the arrival of Europeans. Their main occupation was gathering and hunting. The aborigines invented a unique hunting weapon – a boomerang. By the end of XVIII century. in the country there were up to 300 thousand aborigines.
1606 – Dutch navigator Janszon was the first European to reach the shores of Australia and landed in the Gulf of Plotnikov.
1643 – another Dutchman A. Tasman surveyed the north coast of the country and Father Tasmania.
1770 – English captain J. Cook, visiting the eastern shores of Australia, declared the continent possession of the British crown.
The British convict colony was founded near Sydney, then Port Jackson, on January 26, 1788, and about 161,000 English convicts delivered there remained until the termination of this system in 1839.
1851 – 1861 – the gold rush in Australia. The placers of gold discovered here caused a surge in the country of free immigrants.
1868 – the British cease to expel convicts to Australia. By this year, 155 thousand convicts and 15 thousand free settlers arrived in the country.
1900 – the colonies united to accelerate economic development, establish uniform postal rules and create armed forces. The Constitution was introduced to the House of Commons in 1900 and signed by Queen Victoria. On January 1, 1901, Australia became a new state – the Commonwealth of Australia. This day is celebrated as Federation Day.
England granted dominion status.
1906 – England transferred the colony of Papua to Australia.
1914 – 1918 – Australian troops (300 thousand soldiers) took part in the battles of World War I in France and in the Middle East. After the war, Australia gained rights to the island of Nauru.
1931 – under the Westminster Statute, Australia gained complete independence in foreign and domestic policy.
1939 – 1945 – the country’s participation in World War II on the side of the anti-Hitler coalition. Australians (900 thousand soldiers) fought in Western Europe, the Middle East and the Pacific.
1965 – A contingent of Australian troops took part in the war in Vietnam (on the side of the United States).